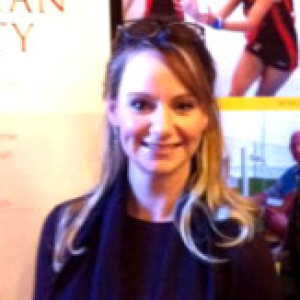 It’s one thing to discuss the importance of building a network – another to consider the how and why. Is it all about teaching? Is it only about teaching? How do you go from shouting into the void to cultivating a real network for dialogue and debate?

Take a deep breath and reach out

I spoke to a range of Edu-Twitter users about their use to see if there were gems to be collected. Firstly, I was surprised at the willingness of the ‘edu celebs’ I asked: all but one of the people I approached responded immediately, warmly and with interest. Perhaps the first suggestion lay here: to connect, you must take a deep breath and reach out.

What is your why?

The interviews built on my Twitter poll about primary reasons for using this social network. Divided by education role, it asked whether users felt their focus was:

Although all categories received votes, the majority of use was split between educational discussion and resource-gathering, with NQTs and Leaders/Middle Leaders seeking the former and RQTs and experienced classroom teachers leaning slightly (a 7% and 6% difference respectively)  towards collecting resources. Non-teaching educationalists were split exactly at 30% for each and, perhaps interestingly, were most likely to be primarily seeking friendship or emotional support. Overall, friendship and emotional support were lowest on the list, but it is worth emphasising that this poll asked about primary intentions, so the more personal side of social networking may be a secondary goal, rather than simply unimportant.

In turning to the interviews, I hoped for more insight into the behaviour and benefits when it came to active users.  So what can we learn from eleven Twitter users with a combined following of over 109,000?

Is it a numbers game?

Of the people I interviewed, follower numbers ranged from 1260 to 15,000. There was a notable change in the ratio of follower to following numbers once follower numbers entered the high thousands – presumably because of the difficulty in effectively engaging in overwhelmingly populated feeds. Matt Lynch, for example, said that “over time [he has] carefully curated [his] timeline” having “found Twitter quite random and overwhelming at first, and spent time scrolling aimlessly”. Toria Bono, creator of #TinyVoiceTuesdayUnites takes a different approach: “ I follow 15,000 people … and the only people I don’t follow are those who don’t have a clear educational profile”. She feels that “Actively growing my personal learning network has changed my Twitter experience”.

In terms of growing the network, Chris Quinn explained “Initially, I was excited about growing my number of followers, as that’s what I thought was ’the thing to do’. But after about 1000 followers, I came to realize that it was the quality of the connections I was making with educators around the globe that was most meaningful”. Across the interviews, the most consistent message was the importance of developing quality interactions: a number had seen Twitter connections develop into real-life friendship and Chris went on to explain that, in his view “Likes”, “Retweets” and “Follower” count only really provide fleeting or temporary satisfaction.”. He felt, as did several others, that engaging in discussion and DM groups or ed-conversations led to a more meaningfully connected network.

Specific goals or finding your way?

A focus on educational discussion and resources was a consistent feature across all the interviews. Whilst some also indicated a growing engagement in the social side of Twitter, such as Deputy Head Nikki Arkinstall’s enjoyment of a weekly movie night and Tommy @proudlypastoral’s reference to the invaluable community support during the trials of lockdown, for others, over time, the focus on education has grown: Zoe Enser “started by engaging…with running accounts, but [now] hardly engage with them”.

Usage was universally high with several responses reflecting (humorously) that their Twitter use was too frequent. The lowest usage level was Eliza O’Driscoll’s term-time engagement of a couple of times a week (but she suspected it was “probably daily during the holidays”). All of the users had joined and ‘lurked’ before becoming more interactive on Twitter: for a number, this change had taken place over several years, but this loosely reflects worldwide Twitter usage so it is not necessarily surprising that Edu-Twitter has followed this trend.

Some users had a more specific goal within Edu-Twitter, such as subject-specific networking or, for Youlande Harrowell, the opportunity to “elevate and amplify” in line with the work of Mindful Equity UK. For Youlande, Toria, Chris and Tom Rogers, the social network has given rise to the creation of other movements acting as networks in their own right: the aforementioned Mindful Equity UK, #TinyVoiceTuesdayUnites, @gratefuledu, and Edudate and Edumate. In a somewhat meta-networking twist, Tommy @proudlypastoral credited his network as being built upon the hashtags #TinyVoiceTuesdayUnites and #FFBWednesday, with the latter also referenced by Andy Taylor, but the key was still engaging in these connections, rather than simply building numbers.

CPD was the most frequently cited benefit: Eliza O Driscoll called it “some of the best-quality CPD to be found anywhere”. This was, for some, linked to specific opportunities promoted on Twitter: online conferences or online organisation of offline TeachMeets. However, it also included CPD through discussion, which is more intrinsically linked with an effective network: Youlande Harrowell described her experience by saying “Every time I scroll through my twitter feed, it’s like free CPD. There’s always someone able to answer a question or direct you to someone who can” and Matt Lynch referenced following “teachers whose blogs challenge my thinking, inspire my teaching and who engage in civil, professional dialogue”. A number cited the benefits of having their ideas challenged and Grainne Hallahan offered the advice to engage with those who have different views and to “be open to feedback” especially given the “excellent minds to pick when it comes to education related matters!”

What about the real world?

One question asked whether the user’s network had offered any specific benefits beyond online discussion: Tom Rogers was able to credit it with two teaching jobs and lots of consultancy work, Zoe Enser referenced her book, Matt Lynch mentioned his work as a regional representative for LitDrive and presenting at CPD events and a whole host of responses cited the invaluable time saved because of high-quality resources. Another positive was Zoe Enser’s conclusion that “it has made [her] more confident, which isn’t something which people often mention when thinking about online interactions” and this was echoed by Andy Taylor’s discussion of his own restored confidence. There was an overwhelming sense of being given a voice.

Perhaps unsurprisingly, Twitter lows were identified, by all who answered this question, as keyboard warriors

and trolls, pile-ons and arguments or harassment. However, it is worth noting that most also specified that they had not been personally involved in such negativity, so it is possible to avoid becoming embroiled in the most serious unpleasantness even with high numbers of connections. Several addressed the issue of blocking users and felt that, where possible, a network which avoids acting as an echo-chamber is preferable: blocking was mostly saved for accounts engaging in personal attacks, rather than disagreement.

As a conclusion, I’m going to shamelessly steal some of the beautifully phrased statements from within the responses. For me, Zoe Enser’s statement summed up the benefits of Edu-Twitter perfectly: “Teachers are a very disparate group and we often only see a tiny snap shot of thinking within our own contexts… Twitter opens up ideas to scrutiny and new ideas are shared and formed.”. My final question was to ask for a tip about building effective Twitter connections – almost every response advocated for authenticity and active engagements with content, including hashtags. Several suggested generosity, especially in response to the benefits you might be gaining and kindness was repeatedly encouraged. I wonder whether there is something greater in this final point: if these successful networkers so consistently reference authenticity, generosity and kindness, perhaps it is simply that, for genuine connection, we seek this out online as much as we do in ‘real’ life.

And a thank you…

Immense thanks go to the willing interviewees involved: I am grateful for their candour, their positivity and their speed of replies at a busy time of year:

Pippa McKeown is a Deputy Head of English at an all-through school in Cheshire. During her eleven years’ experience in education, she was the whole-school lead for More Able and Talented and Literacy, and is an experienced PGCE and NQT mentor. Pippa has presented for Lit-Drive CPD and writes content for the TES and The Quotation Bank. In 2019, she became a member of the MTPT project. Pippa is passionate about Teaching and Learning and professional development, attending and speaking at events locally and nationally. Her blog can be found at https://wordpress.com/home/msmcksays.wordpress.com and she runs English education Instagram account @Ms_McK_says
Clear Clear All